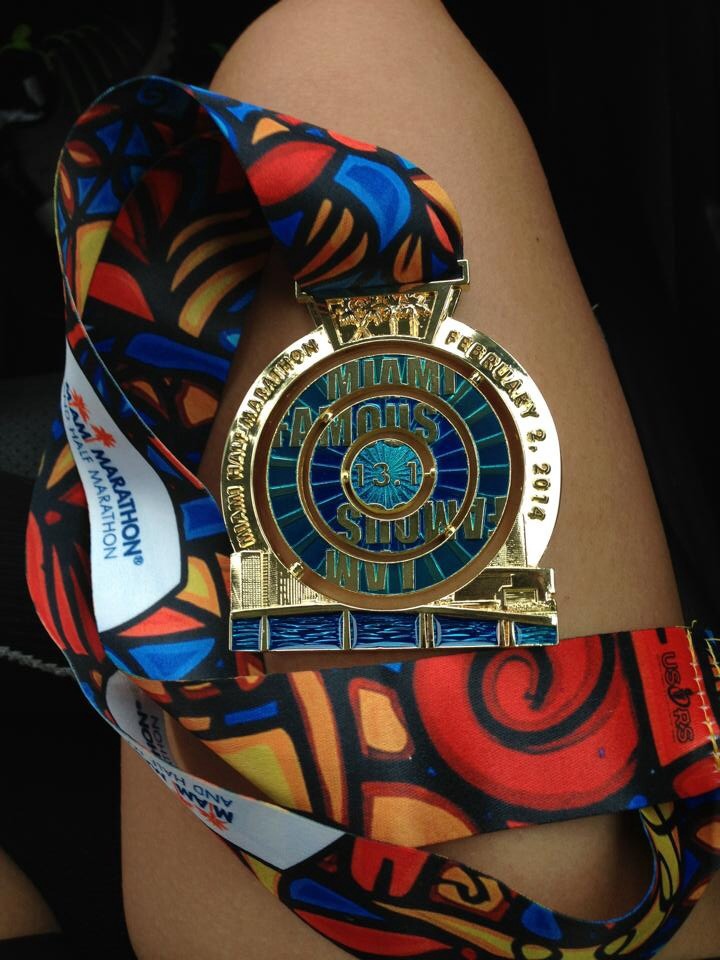 Race day had finally arrived. I had mixed emotions about it since I’d been feeling so tired and sore from the radiation but, my partner reassured me we’d finish it together, even if that meant walking to the finish line. It was just the support I needed before heading to the event that morning.

We arrived and I remember being amazed at how many people had registered for the race. This was by far the largest half marathon I had ever participated in. The music was insane and you could feel the energy and excitement as you walked through the crowds. The count down finally began and the race was off to a great start. I was back and loving every moment of it! It was breezy and still dark out, so the running conditions were perfect. It wasn’t till around mile 7 or 8 that my body felt like it was giving up on me. By then, the sun had come up and the heat was really getting to me. I was tired and had become frustrated with how long it was taking me to get to each mile marker.

Slowly, I began to lose site of why I was running. My goal was to finish the race and to have fun, but instead, I was focusing on my speed and setting unrealistic goals. I hadn’t trained enough nor was I in the physical condition to be pushing myself as hard as I once did. My peers and doctors thought I was a bit nuts for attempting to run the distance but I wanted to at least try. I suppose it was my own way of telling myself I could still do it if I really wanted to. However, it stopped being fun and that’s the opposite of what I wanted to accomplish.

That’s when the universe through me a curve ball. Left and right I was running passed participants with physical disabilities far greater than mine. They were happy and so full of life, living their moment the way I should have been living mine. This wasn’t suppose to be about speed or breaking my own record, it was suppose to be about having fun and finishing what I started. I was inspired once more and for the remainder of the race I made it a point to soak in my surroundings and appreciate the fact that I was able to be a part of something so amazing.

The crowds cheered us all on as we crossed the finish line. It was a beautiful race and I was happy to say that regardless of the pain I was in or how tired I was, my treatments didn’t stop me from doing what I enjoyed most. In that moment, I couldn’t have been happier. It was as though I had gotten a little piece of my life back…

Be sure to check out my photos to see my medal for the half marathon. 🙂

Happy 4 Year AnniversaryNovember 7, 2017
This day marks 4 years since I received my first breast cancer diagnose. Feeling extremely blessed to be celebrating my survivorship.
%d bloggers like this: